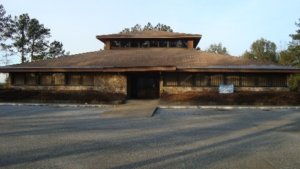 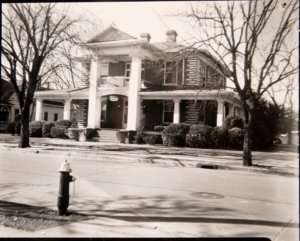 By the late 1980s, Cedar Springs FCU grew into Dothan with a branch on Ross Clark Circle, as well as a branch in Eufaula. The credit union had $23 million in assets and more than 5,000 members. A second Dothan location was opened in 1991, while also opening a branch in Cairo, GA. With this expansion, the credit union was expanding and that brought a new name, Five Star Federal Credit Union. The new name also brought the familiar logo colors or red, white, and blue, as well as the shield. In 1997, the credit union headquarters were moved to Dothan and settled on North Foster Street on land that was formerly the home of William Franklin Newton, Sr., for whom Newton Street is named.

In 2007, Five Star hired Robert Steensma as only its third president/CEO. Steensma oversaw more expansion and growth as Frederica Credit Union, with branches in Brunswick and St. Simons Island, GA, merged with Five Star in 2012. This widened Five Star’s footprint to include the east coast of Georgia. In 2014, Five Star became one of the first credit unions to purchase the assets of a bank. Flint River National Bank in Camilla, GA. At the time, Five Star was only the fourth credit union to acquire a bank. Around the same time, Five Star merged with Georgia Coastal Federal Credit Union. Five Star’s branches grew to 11 through the acquisitions. 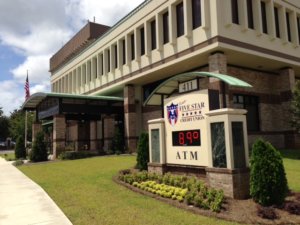 By 2015, Five Star purchased the assets of Farmer’s State Bank in Georgia. This gave Five Star 15 branches across 18 counties in Alabama and Georgia. In 2019, two branches were built in Dothan and one was built in Blakely. Each has interactive teller machines to help members with their transactions allowing staff to meet the needs of members with more complex transactions. The Five Star Foundation was incorporated in 2020 with the goal of impacting communities through grants in 2022. A new headquarters was built in Dothan in 2021. The new space is double the size of the North Foster headquarters building. The credit union now has $630 million in assets and 54,000 members.

Throughout its history, Five Star has grown to accommodate more working-class members and ensure many areas have access to financial services. When you join Five Star, you become a member of a credit union that is growing and serving its communities from Dothan to Brunswick.