Five Star Continues to Invest in the Wiregrass 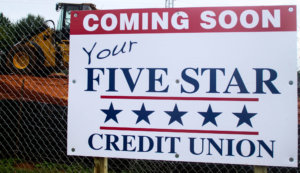 Five Star Credit Union continues to invest heavily in the Wiregrass by opening two new branches in the coming months in Dothan. The new branches are expected to open late in the first quarter of 2019. Five Star is currently under construction with two new structures – one on 231 South near the south Wal-Mart and the other on Murphy Mill Road near the north Wal-Mart. The completion of these new locations will bring the total number of Five Star branches to 17 across southeast Alabama and southern Georgia.

“Five Star is firmly planted in the Wiregrass,” said Bob Steensma, president/CEO, Five Star Credit Union. “Our roots sprouted in Cedar Springs, GA., and southwest Georgia, and later in Dothan. By expanding in Dothan, we want our members and potential members to know that Five Star believes in them, and we are making it even easier for our members to reach us. Five Star wants to help them succeed financially.”

The two new branches will be the most technologically advanced branches Five Star operates. Each new location will be equipped with interactive teller machines (ITMs) in both the lobby and in the drive-up lanes. The ITMs will enable Five Star members the ability to withdrawal cash, make deposits with cash and checks, research Five Star account balances, and make Five Star loan payments. The ITMs will also offer on-demand live remote video assistance during business hours. The ITMs in the drive thru will have the same robust functionality as the in-branch ITMs.

“This will add a level of convenience for members so they can transact their financial business on their schedule. It’s just another way we make it easy for them.” said Steensma. 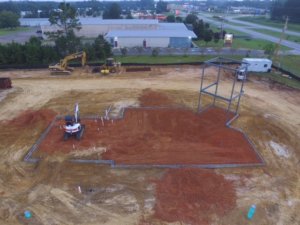 The tower going up on 231 South build. 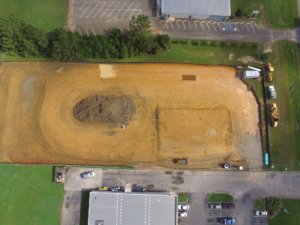 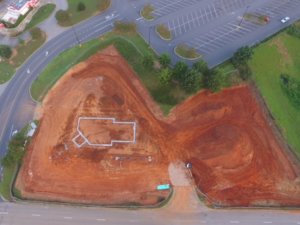 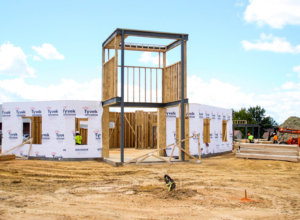 The tower and walls on 231 South are coming together. Very good progress being made.