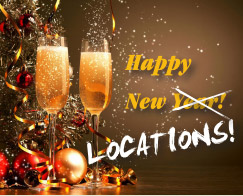 On November 1st 2015, Five Star Credit Union completed its Purchase and Assumption of Farmers State Bank and its 3 branches in Lumpkin, Richland and Georgetown GA. These locations were converted to FSCU branches and now offer all our superior products and services.

Five Star welcomes the 14 new employees and 3,900 new credit union members of these 3 new branches. At the same time the purchase was completed, FSCU was granted Community Charters (residential common bonds) to serve the combined 8,393 residents of both Stewart and Webster Counties Georgia.

The town of Lumpkin is centrally located in Stewart County while Richland is on the eastern Stewart County line near Webster County and serves residents of both counties. FSCU already had a Community Charter in Quitman County GA, and the Georgetown branch and ATM there will continue to serve the new members and also better serve the hundreds of prior FSCU members from Quitman County previously using our Eufaula AL branch. Farmers State Bank had total assets of $45 million.

The bank’s deposits were “assumed” and not “purchased” during the acquisition as they are owned by the depositors and not the financial institution. Five Star adds branches and/or makes acquisitions in order to:

We do this in order to continue, as well as expand, our ability to provide more and improved services, higher savings rates and lower loan rates to all members. More ways to serve you with or without a branch. We realize we do not and likely will never be able to have a branch everywhere members want us to be.

A recent member survey indicated at least 18 additional towns where members wanted us to locate a branch. Acquisitions of other banks or credit unions is often a much more efficient way to add a branch with its already existing members, deposits and loans (as well as a trained staff and a building). We carefully look at each opportunity to build a new or purchase an existing operating location and move forward only when it is in the best interest of both the credit union and our current members. Since 2010 we have built or replaced 3 new branch buildings and acquired 7 that were open and operated by others.

We have also remodeled several purchased or existing branch buildings to make them more functional, added dozens of new ATMs, joined 3 surcharge-free ATM networks and a Shared Branch cooperative as well as added Mobile Banking and mobile remote deposits allowing you to deposit a check with your Smartphone. We will always strive to find better ways to serve you and to act in our members

Next: Help Your Children Save and Learn About Finances!